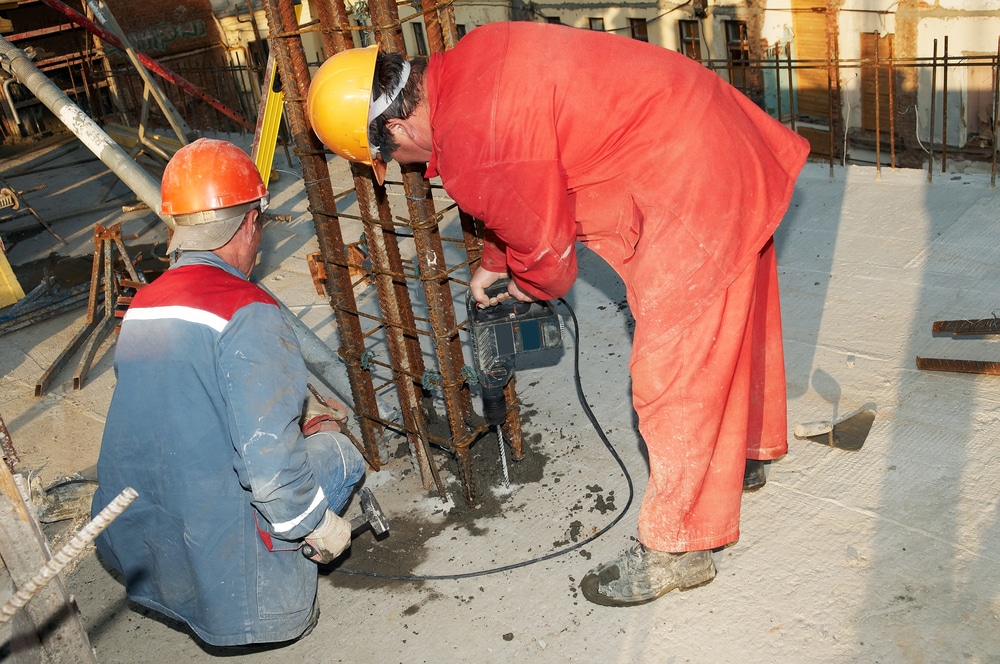 – Subsurface drilling is the most important aspect of a foundation investigation

– Drilling operations include standard boring and drilling and in situ testing

Simply said, the role of a geoprofessional during a project’s design phase is crucial.

Tasked with performing a foundation investigation, the professional will oversee subsurface drilling, the recovery and testing of soils and in situ testing. The findings from these operations are crafted into a log of test borings and ultimately a final foundation report.

These reports provide an in-depth assessment of a project’s ground conditions and analysis of environmental and engineering conditions to consider during construction and are utilized by developers, designers, project representatives and contractors.

Prior to any drilling operations, a geoprofessional must perform an initial foundation investigation.

The investigation reviews preliminary structure plans, previous foundation reports, as-built plans, and historical seismic and subsurface conditions to provide a professional with the knowledge necessary to formulate a drilling plan. Throughout subsurface operations, foundation drilling crews will utilize this plan.

Subsurface drilling is considered the key aspect of a foundation investigation because it provides the information necessary to develop a log of test borings.

Crews typically execute a number of drilling methods to determine the depth, type and quality of rock, the type and strength of soils, and groundwater levels. Establishing these parameters allows for the creation of a project’s soil and rock profile, along with a visual presentation of subsurface conditions for use during foundation investigation and laboratory testing.

Subsurface drilling operations can be broken down into two facets: standard boring and drilling and in situ testing.

In situations where rock is encountered during rotary and auger boring, diamond core boring becomes the utilized method, as it allows a crew to recover continuous sections of rock cores.

The most common in situ trial is a standard penetration test which identifies a penetration resistance value “N.” The N-value is used to obtain estimates related to angle of internal friction, unit weight and unconfined compressive strength of cohesionless soil. The test is performed with a split spoon sampler.

During this testing a 2¼-inch cone penetrometer (CPT) represents a common apparatus utilized. The cone penetrometer is driven through a solid using an air compressor. The drilling rate is recorded in seconds-per-foot of penetration. Test results are shown graphically and indicate the varying soil densities as the cone penetrates the different layers of soils.

The various soil and rock samples obtained via standard drilling operations and in situ testing can be examined onsite by a geoprofessional using various settling measures which determine plasticity, dry strength and permeability of soil.

Visual inspections are typically sufficient when differentiating between coarse-grained soils.

Following onsite and laboratory testing of samples, the findings are analyzed by a geoprofessional and developed into the log of test borings. This log details the location of each boring retrieved during drilling operations and provides a detailed description of the various layers of soils and geological formations encountered. The location of the groundwater table, along with the various properties of soil and rock are also described.

The finalized log is then transmitted to the project’s designer and used for static analytical design procedures related to piles and footing foundations.

The log is also used to craft the final foundation report, which provides recommendations as to the type of foundation used to support the proposed structure. Suggestions related to seismic design, footing elevations, piles and tip elevations are also included.

Because the report forecasts potential foundational issues that could occur during construction – caving, soil compaction, variations in pile driving, groundwater-associated problems – it is a valued reference for project owners and contractors.

The report is additionally useful to contractors during a project’s bidding stage, as careful examination of site data can be used to develop a competitive bid.

For owners, the report represents a way to verify a structure’s footing elevation, pile tip elevations and piling recommendations during design and construction. The accuracy of a foundation report should be paramount to an owner, as a precise report can also ensure claim-free contracts.

What is subsurface drilling?

Subsurface drilling is considered the key aspect of a foundation investigation because it provides the information necessary to develop a log of test borings. Subsurface drilling operations can be broken down into two facets: standard boring and drilling and in situ testing.

What a geo professional must perform prior to any drilling operations?