Its location in the Arctic Circle region means that the entire mine is in a geological permafrost area that keeps the ground permanently and completely frozen below a certain depth. There is an active zone near the surface that thaws during the summer and refreezes during winter. Based on an evaluation of the permafrost and soil on the site, ground improvements were identified as a prudent measure to counteract the effects of potential melting permafrost. To this end, BAUER Foundation Corp. was tasked by Teck with carrying out field tests using the jet grouting and Cutter Soil Mixing (CSM) methods.

“The trials included detailed data capture and strict quality controls in close collaboration with Teck, the project owner, and other geotechnical consulting engineers,” explains Alejandro de la Rosa Knecht, Project mMnager with Bauer Foundation. “Trials were  carried out from August to December of 2019, which ultimately identified the CSM method as the most suitable choice for the main scope of this project.” The CSM method combines features of the diaphragm wall technique and the mixed-in-place ground improvement method (MIP). The soil is broken up using a cutter, then rearranged and mixed with an aggregate. The trials for the Red Dog Mine also determined the extent to which existing subsoil were to be replaced with suitable filler material to facilitate later mixing. 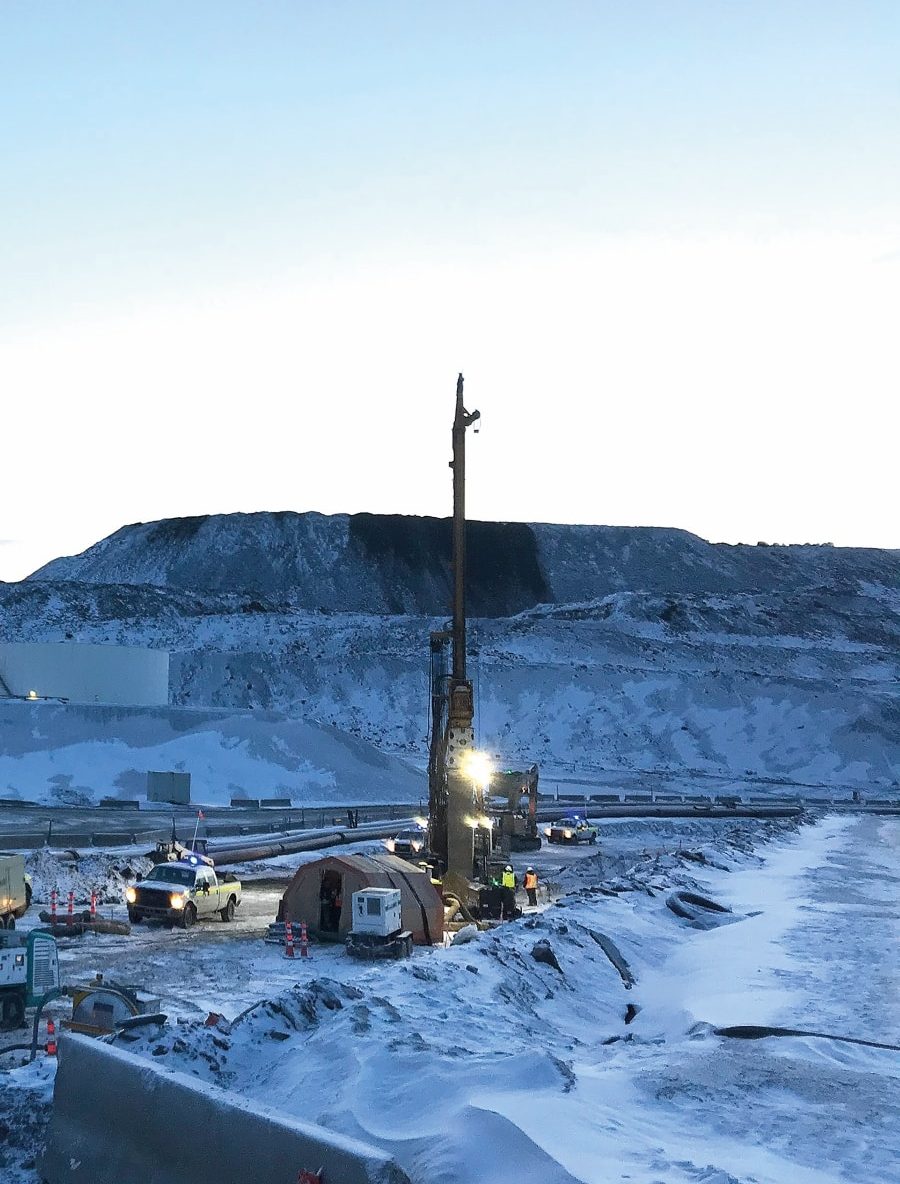 In 2020, during the period from July to November, 50% of the pre-drilling was completed as well as 30% of the CSM. In addition, BAUER Foundation Corp. was tasked with the construction of a secant pile wall as an extension to an existing slurry wall. To achieve this,  the required pile wall was integrated into the existing slurry wall and the underlying rock using primary and secondary piles. In all, 93 secant piles were constructed. A multi purpose BAUER BG 30 drilling rig with special Arctic equipment along with various drilling tool and mixer sets were used for the execution of all the works.

One of the main challenges was the mobilization of equipment in the limited time provided by the schedule. However, the required special equipment was mobilized in record time. Some equipment was transported by plane and then by ship from Seattle Harbor across the Bering Sea to a dock just over 80 km from the mine. Other equipment was transported via Hercules aircraft from Anchorage airport to the airport on the mine site. This logistical success was made possible by close collaboration with various Bauer subsidiaries and Teck. “The remote and isolated location, the long deployment times, and accommodation in camps pose additional challenges, as do the extreme Arctic climate conditions, precautionary measures associated with the corona pandemic and the specific safety requirements of the mining industry,” says Alejandro de la Rosa Knecht.

Despite all these challenges, the Bauer and client teams were able to successfully conclude trial work between August and December 2019 and the first phase of production activities between July and November 2020. The final production phase which includes CSM and demobilization is due to be completed by June 2021.