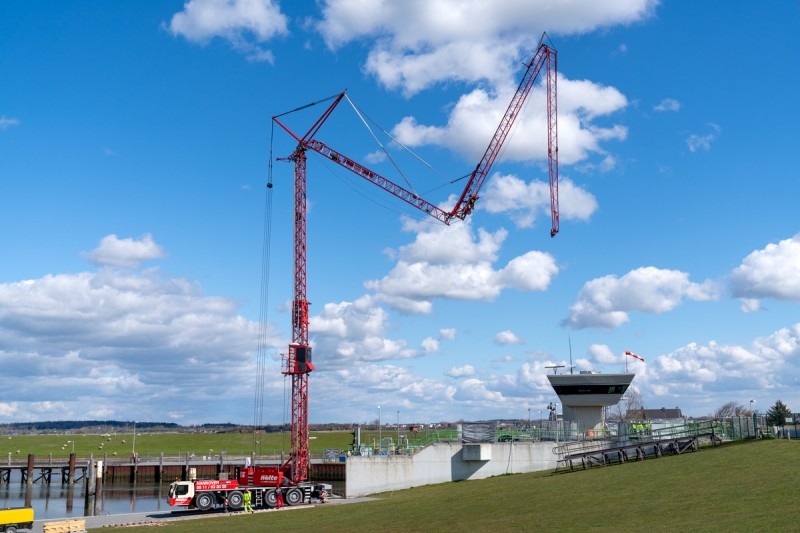 An MK 88 Plus belonging to crane service provider Nolte Auto-Krane has completed a veritable lifting marathon as part of a structural inspection of the North Sea barrage near Husum. During its tough eight-week assignment, the Liebherr crane lifted more than 1,800 loads of various types. The placing of the stop gates alone entailed the machine completing 300 lifts in just three days.

Husum (Germany) – “The MK crane proved a great success”, reflects Oliver Andritter, who headed the steel work at the Husum harbour barrage, which was built back in 1975 to protect against storm surges. After 46 years, the time had come for the North Sea installation to undergo a thorough inspection. For this to happen, all water had to be removed from inside the barrage.

Stop gates (also known as emergency gates) had to be erected first to ensure a dry working area. The MK 88 placed a total of around 300 stop logs and intermediate posts to keep the water out. It only took three days for the MK to place all elements in the water with absolute precision. 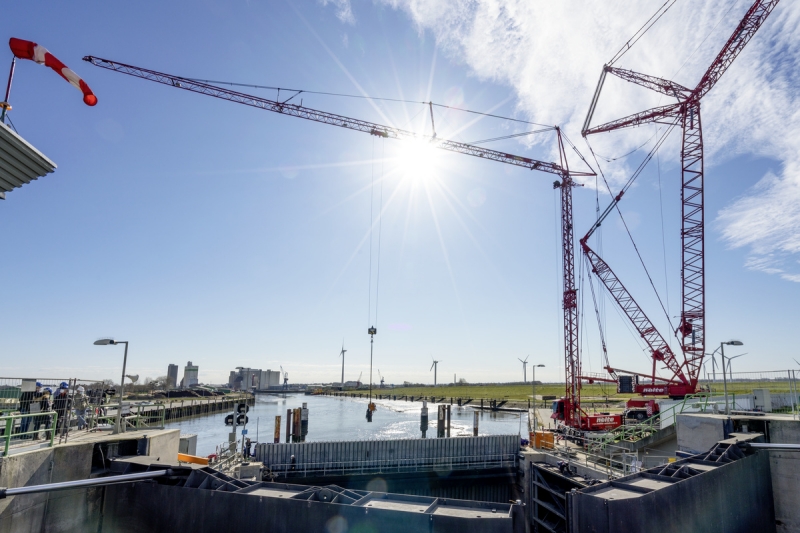 Commercial divers provided instructions to guide the crane’s operators. Their common goal: to manoeuvre the 11-metre-long and 36 centimetre-wide posts into their correct positions at the base of the barrage. “The ability to move loads quickly via the trolley on the horizontal jib and the prompt, safe positioning of posts were both great advantages compared to what a telescopic crane could offer”, explains Andritter.

Delivering the posts with centimetre precision was essential as the divers were working in murky waters with little visibility and, in some cases, at night. “I’m also very impressed that the crane can be dismantled in fifteen minutes and then swiftly moved to another position on site”, says Andritter, adding, “And its working speed is equally impressive.”

The excellent handling capacity of Liebherr mobile construction cranes was another factor that prompted Jürgen Peters to send an MK 88 Plus to the site. “We’d already had positive experiences with this crane on a similar job in Büsum three years before”, he explains. “We’re simply much faster with an MK on this type of assignment than we are with a regular telescopic crane.” 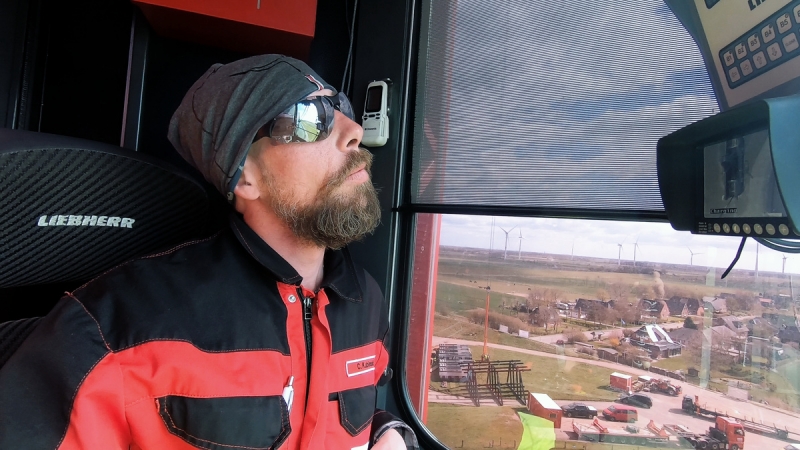 Peters plans and is responsible for major crane projects at Nolte. As was the case in Büsum, he had a powerful heavy-duty crane at his disposal alongside the mobile construction crane. “We needed our Liebherr LG 1750 lattice tower crane to lift the flood protection gate wings, weighing up to 65 tonnes, off their hinges. The MK was responsible for the construction and dismantling of the gates and supplied the 13 metre-deep construction site chambers with everything that was needed.”

Chris Kubinski and Manuel Krüger used their MK 88 Plus to lift pumps, generators, scaffolding parts, tools and even cherry pickers down to the engineers and labourers working in the emptied barrage chambers. The two experienced crane operators worked in shifts aboard the modern crane cabin.

“We were able to reach and do everything with the 45-metre jib from just two positions”, reports Chris Kubinski, who has previously worked with telescopic cranes. He now doesn’t want to part with the Liebherr mobile construction crane. The infinitely height-adjustable elevating cab, the crane’s fast assembly/disassembly (“It only takes me eleven minutes – that’s simply unbeatable!”) and its high working speed have made him a huge MK fan. 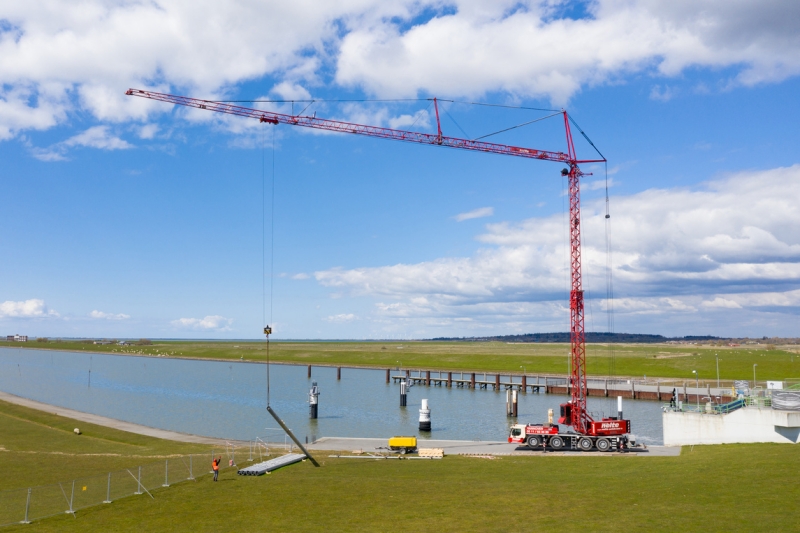 “The way the mobile construction crane works has totally won me over”, says the crane operator, who mainly tackles balcony assemblies, façade work and, of course, roof projects with his MK 88 Plus. “Projecting edges aren’t a problem any more and it’s much easier to keep the safety distance required when working near power lines.”

But what excites him most is being able to move his loads safely from within the crane cabin, which can be positioned at hook height to provide a clear view of the action. He also likes the option of operating the crane via radio remote control, “It’s particularly ideal for assembling glass roofing or façades as I can stand right next to the fitters. Sometimes it’s all down to millimetre precision”, Kubinski says from experience. “I simply enjoy working with all the great options the crane offers.”

“We’ve got three MK 88 cranes and a large MK 140 in our fleet”, shares Jürgen Peters. From Nolte Auto-Krane’s location in Hannover, he supplies construction sites all over Germany with some 30 Liebherr machines. His four mobile construction cranes are always in use. “MK cranes are being requested more and more often. Once site managers get to know this crane system, they often don’t want to use anything else for some jobs.”

It was a very similar situation in Husum. It was expected that Peters would deploy the MK 88 Plus on site and especially for the assembly and dismantling of the emergency gates due to the crane’s optimal handling capacity. The 2.2 million Euro barrage project was completed faster than planned, not least because of the crane’s impressive handling performance. The passage to Husum harbour was reopened for skippers and boat owners a whole four days earlier than planned.