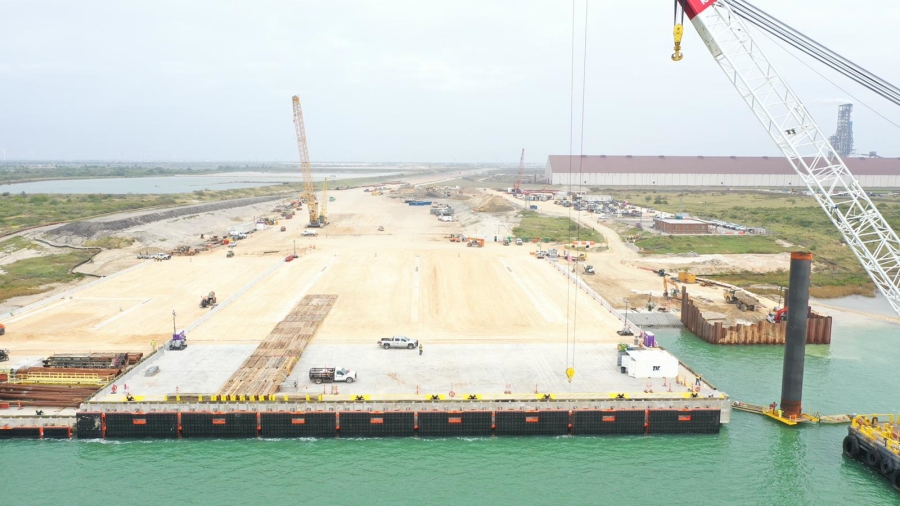 Corpus Christi is a port city in Texas, USA. In 2018, the joint venture “Gulf Coast Growth Ventures, LLC,” or GCGV, consisting of ExxonMobil and SABIC, launched a multi-billion dollar project for the Corpus Christi region; the construction of a plastics manufacturing plant in San Patricio County. Together, the companies have an extensive expertise in petrochemicals. The new manufacturing plant includes three ethylene derivative units. One unit is used for the production of monoethylene glycol, which is used in latex paints, antifreeze for cars or for the production of various plastics. The other two units produce polyethylene (PE), which is used for packaging, bottles, containers and other products.

The newly constructed berth consists of a barge dock and a multipurpose docking facility. Since Corpus Christi is susceptible to hurricanes and harsh weather conditions, a suitable fender system was needed. The decision fell on long and heavy duty fender walls with incorporated cleats which were designed to accommodate large Ro-Ro, Lo-Lo and bulk carriers. 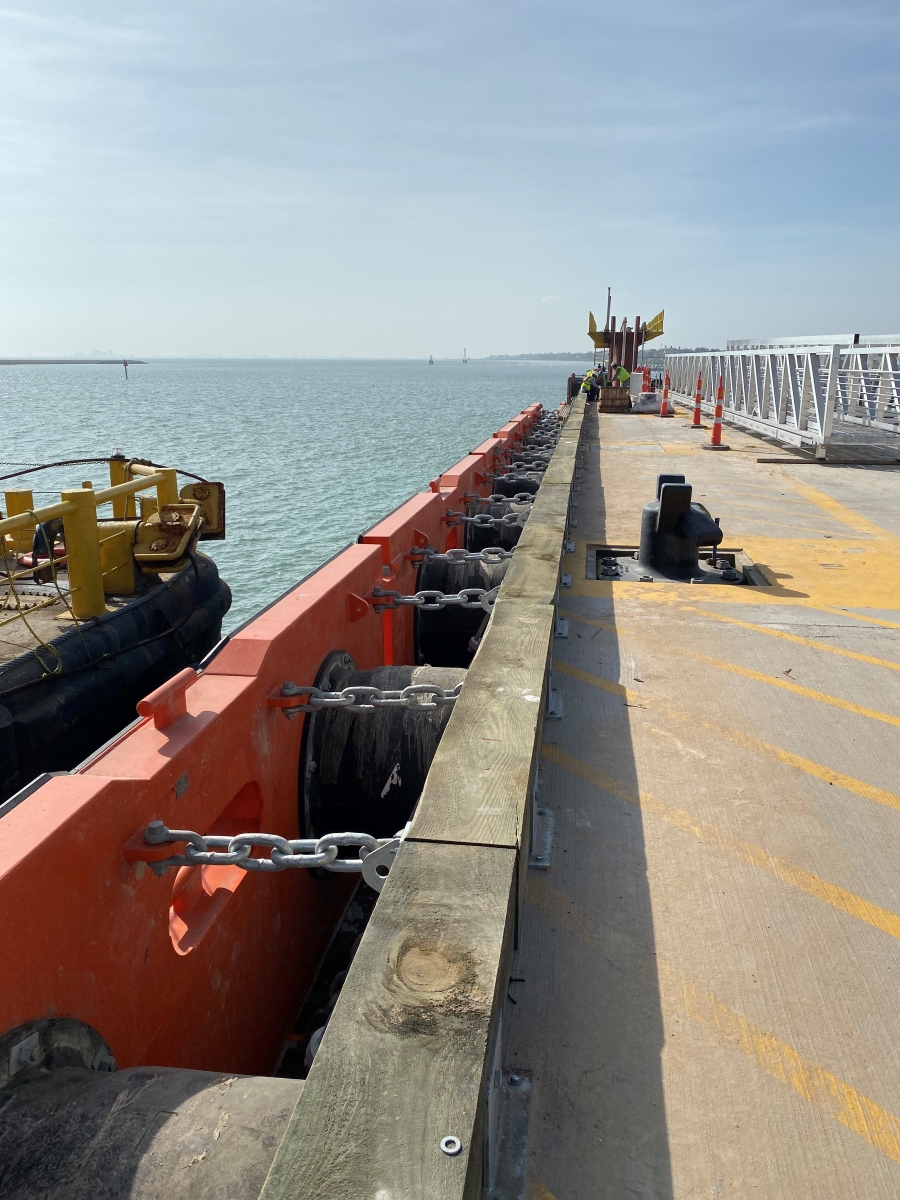 ShibataFenderTeam would like to thank Wood/Amec Foster Wheeler for entrusting us with the design and delivery for such an interesting project. SFT’s American office was contracted in October 2018 and the last parts of the equipment were installed in December 2019. The project was an important economic investment and will generate future economic growth in Texas. GCGV focused on working with local vendors and contractors with the goal of creating thousands of jobs, generating economic growth in the region and improving the quality of life.