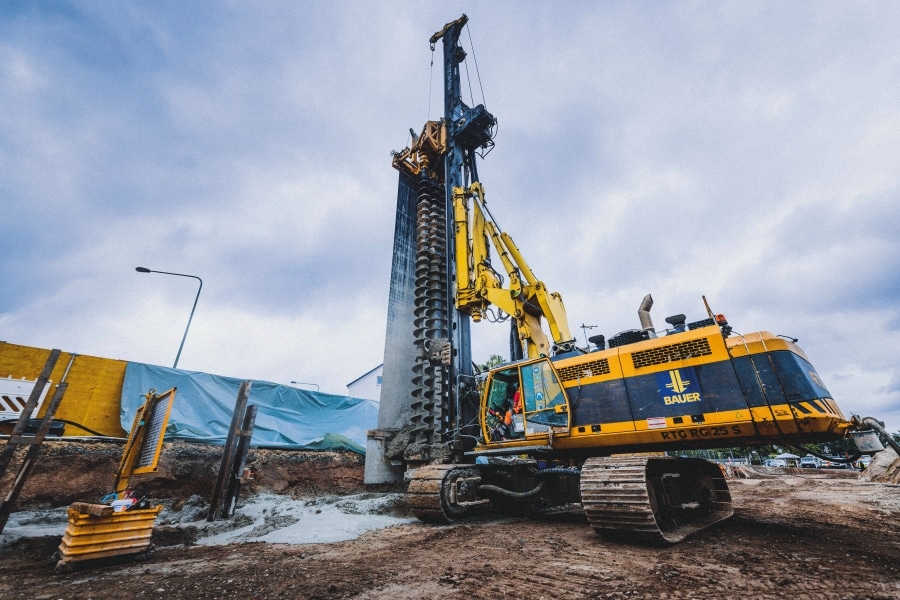 Frankfurt am Main, Germany – On the west side of the Gallus district of Frankfurt, a residential quarter is being constructed with more than 1,300 apartments, a two-story underground garage, daycare centers as well as commercial and retail units. BAUER Spezialtiefbau GmbH was commissioned by BST Becker Sanierungstechnik GmbH, on behalf of the owner Instone Real Estate, with the construction of an impermeable mixed-in-place (MIP) retaining wall with a single-layer tie back.

The advantages of the MIP construction method are the shorter execution time as well as its sustainability, because the building material is produced on-site using the existing soil as an aggregate. This significantly reduces not only the delivery time of the materials, but also the time needed for removal of the excavated material and thus the emission of greenhouse gas.

The work executed by Bauer began in February this year and will continue until August 2021. The new residential quarter WESTVILLE on Kleyerstrasse, on the grounds of the former Avaya site, is expected to be completed by mid-2025.