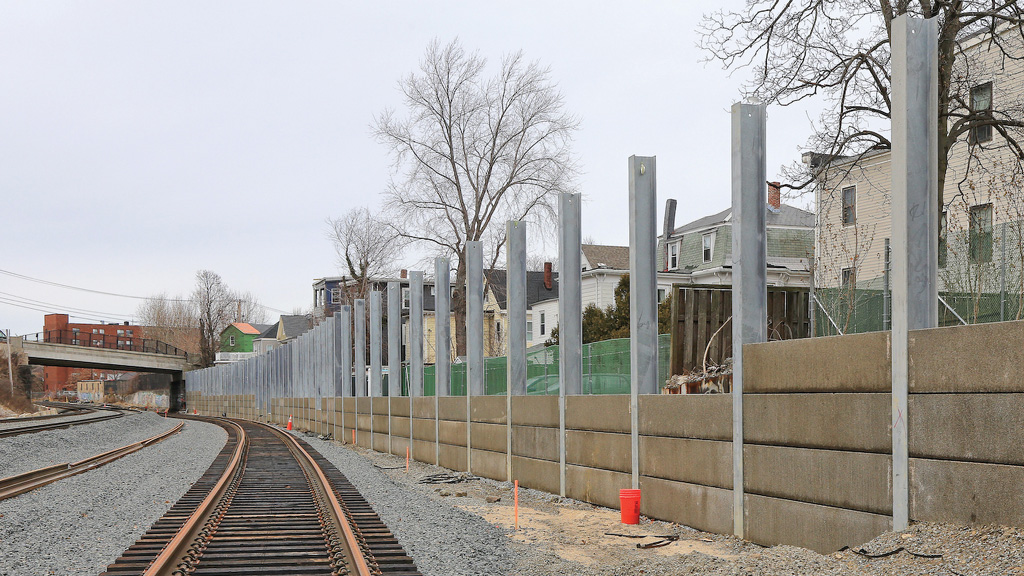 The Green Line Extension Project, known locally as the GLX, began as early as 1990. Though it has had a difficult history, after multiple starts and stops, it is coming to fruition thanks to the joint venture, GLX Constructors, based out of Somerville, MA.

The new line, which extends from the northern terminus at Lechmere in Cambridge, MA through Somerville and Medford, will boast 7 stations and projects the line will see upwards
of 50,000 new passenger trips per day. The GLX, which includes 4.3 miles of new track, will improve mobility and access in a region that is currently underserved by transit.

The Green Line Extension project broke ground on June 25, 2018 and is expected to be operational by December 2021. The new lines run through suburban Boston, and several
miles of noise barriers are being built to keep the sights and sounds of the older commuter train line to a minimum.

The new contractor for the project, GLX Constructors, is a joint venture between The Middlesex Corporation, Balfour Beatty, Herzog, and Fluor Corporation, which have a strong
presence in the greater New England area. GLX Constructors reached out to Nucor Skyline as the leading manufacturer of wide flange beams that are used in noise barriers and for their value-added engineering expertise.

Nucor Skyline produced A992, Grade 50 hot galvanized dipped wide flange beams in varying widths and weights for the project in their Nucor Yamato Steel mill in Blytheville, AR. These wide flange beams will be set in concrete into pre-drilled holes along the track and will have precast concrete panels and steel noise panels inserted in between to deflect the noise from the existing commuter rail line. 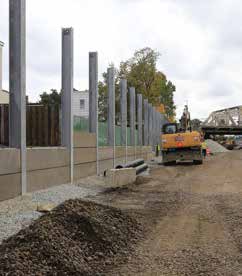