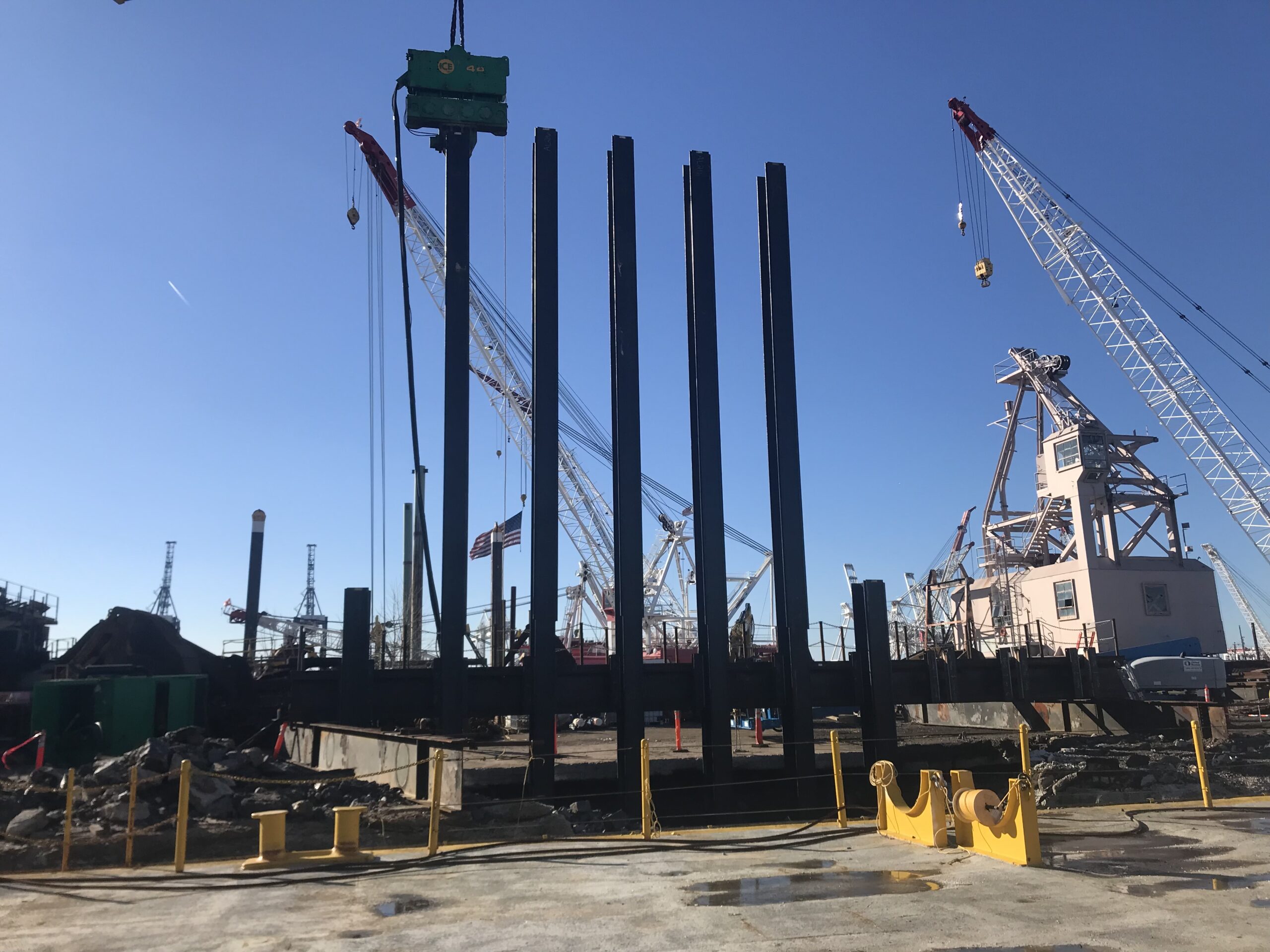 JD Fields & Company, Inc. (JDF), a subsidiary of the Fields Companies, has announced a significant milestone in its exclusive North American distribution partnership with ArcelorMittal in the form of the delivery of its first HZ-M high modulus combi-walls for a new bulkhead project along the East Coast. First announced in July of this year, JDF’s agreement with AM constitutes a major step forward for the Houston-based company in the domestic foundation steel distribution sector. The HZ-M combi-wall import shipment to the Port of Camden consists of 710 feet of bulkhead for a project contracted through Weeks Marine that is expected to last three to four months. Totaling around 500 tons of HZ-M, the Greenville Yard Bulkhead Project consists entirely of ArcelorMittal’s industry-leading combi-wall system that will enhance the contractor’s waterfront facility. “This landmark first delivery of HZ-M high modulus combi-wall by JD Fields under its exclusive North American agreement with ArcelorMittal will be the first of many to follow and will be the proverbial match that sparks an industry-wide blaze for the incorporation of HZ-M combi-wall into significant infrastructure projects nationwide,” noted Fields Cos. Director of Engineering Dean Abbondanza.

Excavate and Dredge with MOBITRAC

Webinar: Nucor SteelMaking 103: How Steel Beams are Made