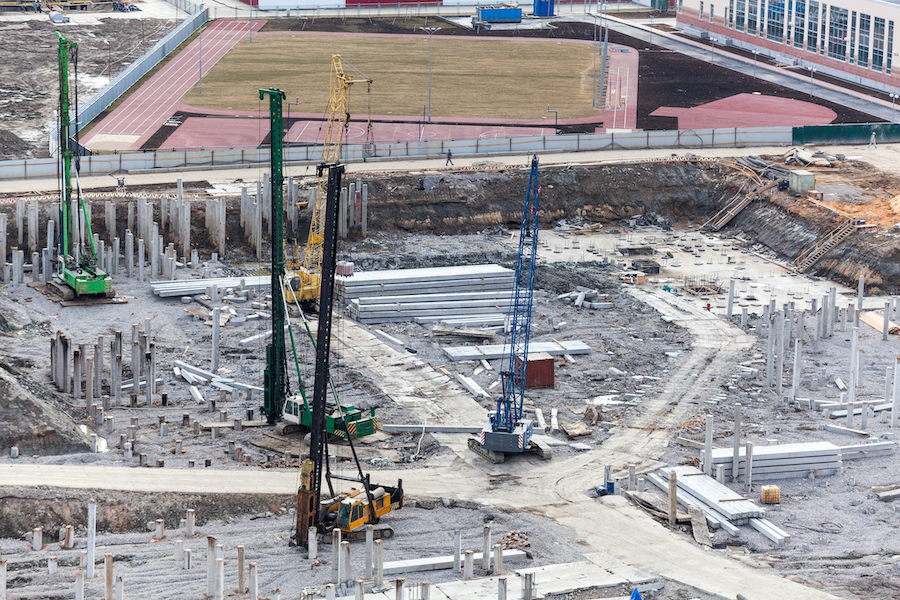 Traditional design of deep foundations – both geotechnical and structural – involved the use of the Allowable Stress Design (ASD) technique. This meant first determining the loads and stresses on a given structure or soil, multiplying it by a factor of safety, and then comparing it with an allowable stress or load.

Selecting a Factor of Safety

The factor of safety used in determining the allowable pile load capacity should be selected based on the following considerations:

Typical or usual loads refer to conditions that are a primary function of a structure and can be reasonably expected to occur during the service life. Such loads may be long-term, constant, intermittent, or of a repetitive nature. 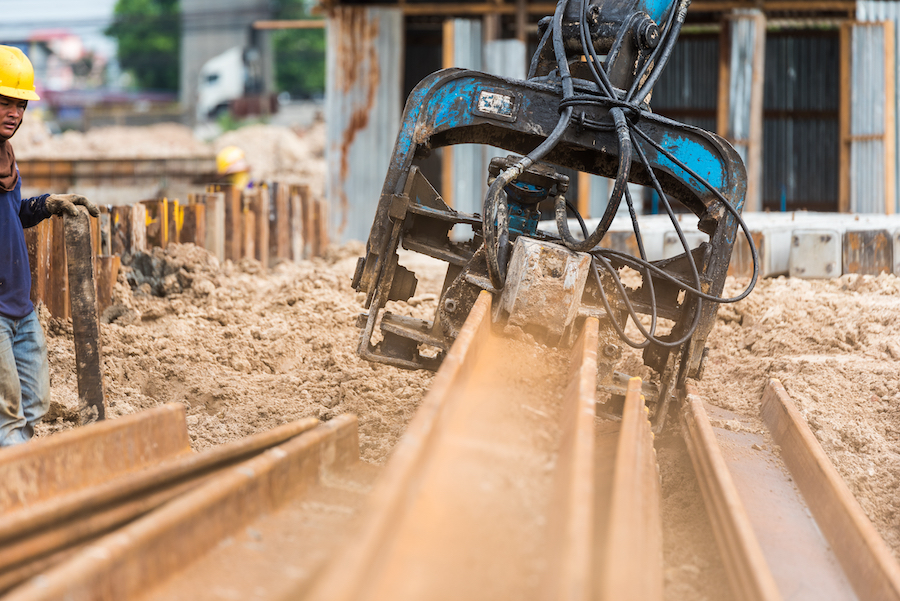 Other Factors of Safety

Lower factors of safety are possible for unusual or extreme loads, provided soil investigation is thorough and settlement will be within a tolerable range.

Unusual loads refer to construction, operation, or maintenance conditions that are of relatively short duration or infrequent occurrence. Risks associated with injuries or property losses can be controlled by specifying the sequence or duration of activities and/or by monitoring performance.

Extreme loads refer to events that are highly improbable and occur only during an emergency. Such events may be associated with major accidents involving impacts or explosions and natural disasters due to hurricanes. Extreme loads may also occur from a combination of unusual loads.

Load and Resistance Factor Design (LRFD) methods involve the use of statistical methods to determine the actual combined effect of various types of loads on a structure. The various loads (dead, live, earthquake, etc.) are combined using factors, then compared with a load capacity which itself is factored. Fortunately all of the factors have been determined for a given code or structure type in advance, so the designer does not have to deal with the statistical calculations directly.

There are several considerations in the structural design of driven piles. This includes allowable pile stresses, load capacity, and soil type.

Any driven pile has to remain structurally intact and not be stressed to its structural limits during both its service life (static capacity) and during driving (dynamic capacity). This requires that limits be placed on the following: 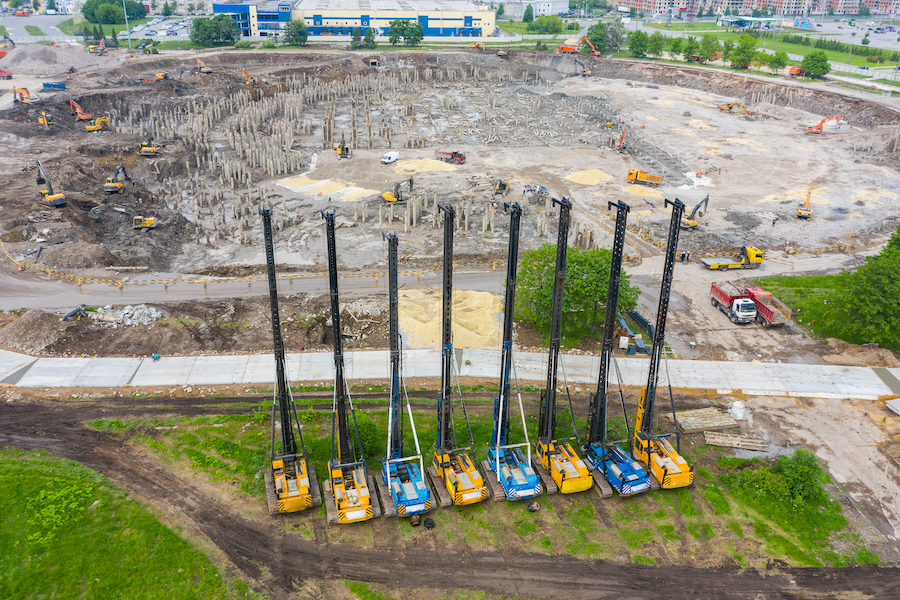 With the allowable stress design (ASD) method, dividing the ultimate stress for the pile material by a factor of safety determines an allowable stress. The factor of safety is based on experience and includes the load and structural resistance variations. The limitations on maximum allowable static design stresses for driven piles in various codes generally represent the static load capacity. The static load capacity is based on pile material, cross section, strength and to some extent site conditions (e.g., corrosion potential). The maximum design stresses apply to long-term ultimate design capacity and ignore the influence of setup and relaxation.

In almost all cases, the highest stress levels occur in a pile during driving. High driving stresses are necessary to cause pile penetration in order to develop static pile loads that equate to reasonable static stresses under service loads. The pile must be stressed to overcome ultimate soil resistance in order to be driven to design case. Pile driving stresses can be estimated by wave equation analysis. These stresses can be measured during driving by dynamic measurements.

Whether the soil is cohesive or cohesionless will effect load capacity. Note that the ultimate bearing capacity of a pile in soils is the sum of toe and shaft resistances. For calculation purposes, it is generally assumed that the shaft friction resistance and toe bearing resistance can be determined separately and that these two factors do not affect each other.

The load capacity of piles driven into cohesionless soil depends primarily on the relative density of the soil. During driving, the relative density is increased close to the pile due to vibrations and lateral displacement of soil. The effect is most pronounced in the immediate vicinity of the pile shaft and extends in gradually diminishing intensity over a zone 3 to 5.5 pile diameters around the pile shaft. 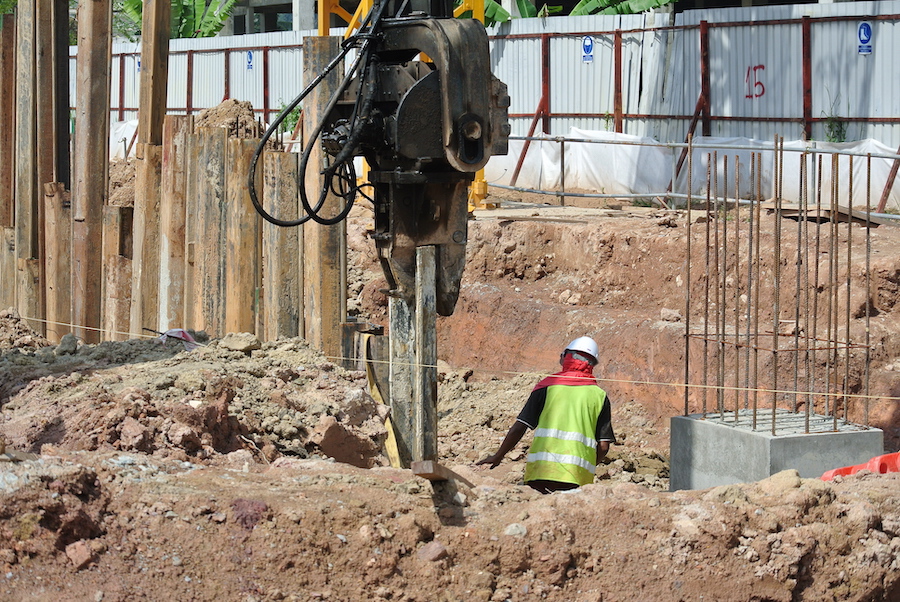 The driving process generates high pore water pressures (positive pore water pressures) in saturated cohesionless silts, which temporarily reduce the soil shear strength and the pile capacity. The gain in capacity with time (set up) is generally quicker for silts than for cohesive soils because the pore pressures dissipate more rapidly (silts are more permeable than clays).

When piles are driven into saturated cohesive materials, the soil near the piles is disturbed and radially compressed. For soft or normally consolidated clays, the zone of disturbance is within one pile diameter around the pile. For piles driven into saturated stiff clays, there are significant changes in secondary soil structure with remolding and complete loss of previous stress history effects in the immediate vicinity of pile.

When a soil deposit, through which piles are installed, undergoes consolidation and is forced downward, the resulting downward movement of the soil around piles induces down drag load on the piles. These down drag forces are also called negative shaft friction. Negative shaft friction is the reverse of the usual positive shaft friction developed along the pile surface. This force increases the pile axial load and can be especially significant on long piles driven through compressible soils and must be considered in pile design. Batter piles should be avoided in these situations because of the additional bending forces imposed on the piles, which can result in the pile deformation or damage.

In addition to axial compression and uplift loads, piles are routinely subjected to lateral loads. Potential sources of lateral loads on bridge structures include:

These lateral loads can be of the same magnitude as axial compressive loads and therefore warrant careful consideration during design. The foundation deformation under lateral loading must also be within the established performance criterion for the structure.

The basic design for typical loads should be efficiently adapted to accommodate extreme loads without experiencing a catastrophic failure. However, structural damage which partially impairs the operational functions and requires major rehabilitation or replacement of the structure is possible. Caution is required to achieve an efficient design that will avoid unacceptable injuries or property losses.

What is Load and Resistance Factor Design (LRFD)?

LRFD methods involve the use of statistical methods to determine the actual combined effect of various types of loads on a structure. The various loads (dead, live, earthquake, etc.) are combined using factors, then compared with a load capacity which itself is factored.